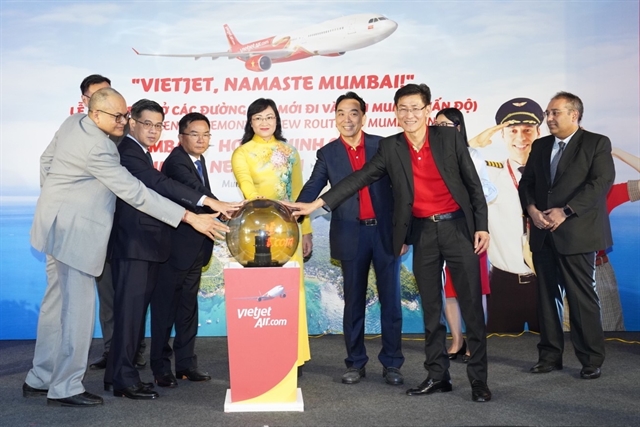 Representatives at the launch ceremony. — Photo courtesy of Vietjet

The new routes’ launch ceremony was held in Mumbai during the visit of HCM City’s leaders to Mumbai as Việt Nam and India mark their 50th anniversary of diplomatic relations.

The two countries’ two first direct services connecting HCM City/Hà Nội and New Delhi resumed operation in April 2022 with the frequency of three to four flights per week for each. Passengers can book these routes’ air tickets now, with fares starting as low as US$18 for one way.

With a flight time of just over five hours per leg and diversified flight schedules throughout the week, Vietjet’s direct flights between Việt Nam and India have enabled tourists to explore India's diverse cultures, religions, and culinary and tourism attractions. — VNS